I’ve accumulated over 100 bags (10,000+ choice and gem BU uncirculated coin rolls) representing at least a hundred different dates during this 50-year period. It was possibly the largest hoard of its kind in existence! I was always a very “picky” buyer, and probably rejected two inferior rolls for each nice one I purchased. Now the time has come when I must sell them. I’ve evaluated all selling methods; dealers, various auctions, the media or other advertising, and I’ve decided to offer them directly to collectors and investors.

Probably about 30% of my hoard are bank-wrapped choice BU and gem BU coin rolls just as they came from banks or the Federal Reserve. I also have a number of original Federal Reserve or bank-sealed choice and gem BU bags. In fact, among the many coin rolls I bought from my friend, the legendary Harry Forman, I have several original, sealed bags of 50+ year-old Lincoln Cents. For many years Harry was the largest dealer of choice and gem brilliant uncirculated coin rolls in the U.S. He was from Philadelphia, acquired his rolls first-hand from the Philadelphia Mint, and published two books on choice and gem brilliant uncirculated (BU) coin rolls.

I acquired my hoard because I viewed these stunning choice and gem BU coin rolls as enormously undervalued! Today, I believe this is even more true.This is despite the fact many of the rolls cost less than they sold for years ago. The vast majority of choice and gem brilliant uncirculated coin rolls and bags that were saved decades ago, have been broken up and used to complete sets. Or, if they were 90% silver, were melted. One day the remaining rolls and few bags will all be gone after being used as single specimens. Fortunately for my buyers, they can still acquire great choice BU and gem BU coin rolls at low prices.

My tubed rolls are comparable with OBW rolls because of the fragile nature of paper coin wrappers. The coins in many of my tubed rolls came from choice BU and gem BU OBW rolls whose paper either tore or split opened.

I’m certain there are numerous MS67 and even MS68 coins that will be found in these choice and gem brilliant uncirculated coin rolls, as well as fabulous, desirable and valuable errors and over-dates. I hope you’re among the lucky ones to find some of them!

I take great pride in the quality of these choice BU and gem BU coin rolls, but also in delivering exceptional service. If you feel I’ve fallen short in any category, please immediately let me know. I will do everything in my power to satisfy you.

THE BELOW PICTURES GIVE YOU AN IDEA OF THE SIZE OF MY ENORMOUS CHOICE AND GEM BRILLIANT UNCIRCULATED COIN ROLL HOARD. THE BETTER, MORE EXPENSIVE ROLLS ARE ALL KEPT IN A NUMBER OF VERY LARGE SAFE DEPOSIT BOXES FOR SAFETY. 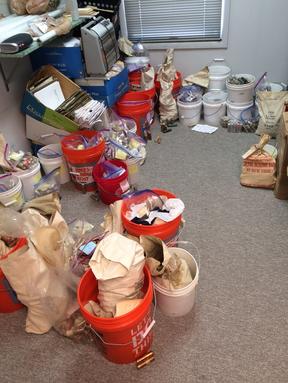 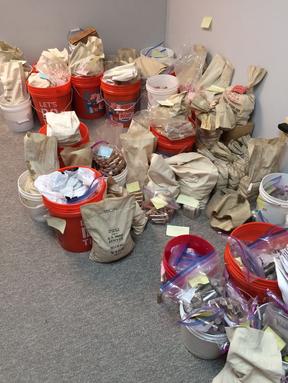 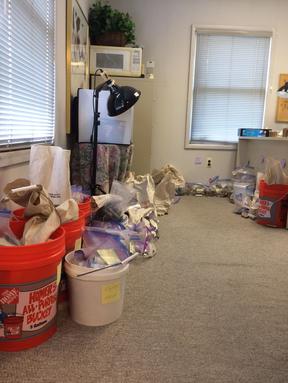 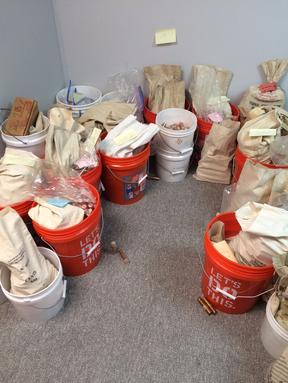 SHIPPING - All shipments are via Priority Mail! Orders over $400 are shipped free for up to 50 rolls. All other orders are my cost for a USPS Flat Rate Priority Mail box. Included is insurance and either Delivery Confirmation or Signature Confirmation. All rolls are packaged carefully. We can’t ship to Military addresses or out of the U.S.

RETURNS - Full 14 day return privileges. If you are unhappy for any reason I will IMMEDIATELY remedy the problem to your satisfaction. Unfortunately, Bank Wrapped rolls (OBW) cannot be returned if they are opened, ripped or damaged. Buyer must pay return postage.

QUESTIONS OR TO RESERVE ROLLS- Please do not hesitate to ask. Telephone (800) 782-2646. If you email me, I will do my best to respond within 24 hours. Email: rappel@uniquerarecoins.com

THANK YOU FOR LOOKING. I APPRECIATE YOUR BUSINESS AND WILL DO EVERYTHING POSSIBLE TO PLEASE YOU.